Every animal in my house is quirky. (Am not discounting the two legged ones either.)

Today's blog post will be discussing the latest developments of "quirk" in my cat Maxx: 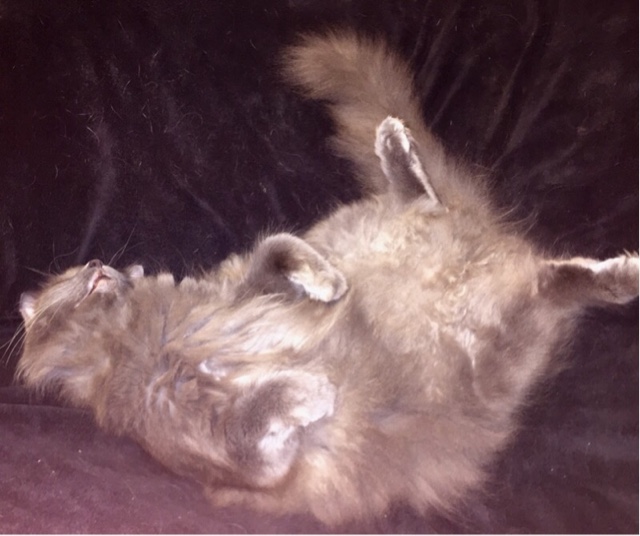 Maxx, as you can tell, is a laid-back dude. 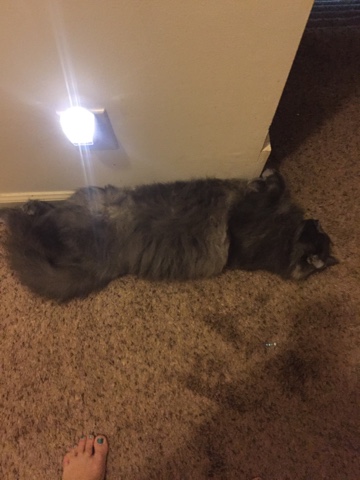 Despite his overall zen personality, he has always had a penchant for bags and wrapping paper.  He has always loved lurking among them and jumping out at passers-by. 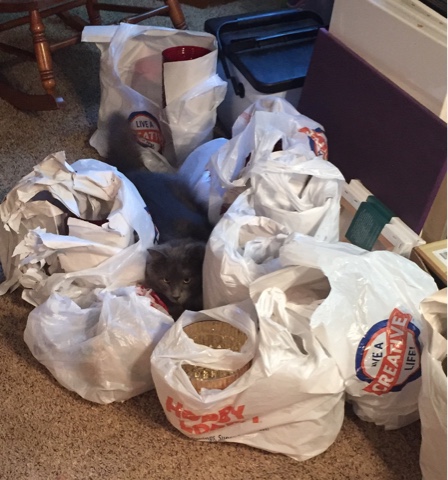 Or, if lurking gets too tiresome, making himself a nest and sleeping on purchases.  (Because there aren't beds, couches, chairs or soft cat beds available to sleep on.) 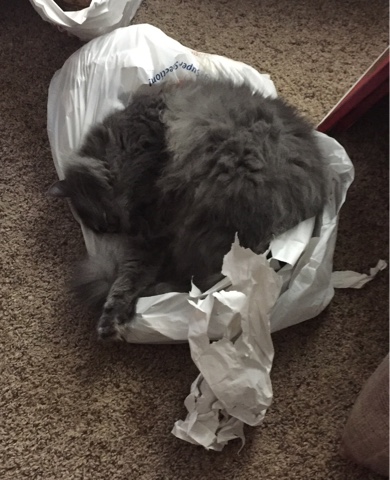 We've had Maxx for almost 4 years now.  He's always been fairly chill with every other living thing in the house. Honestly, he's always been very loving. To me. To Jeff. To the other cats. To the dogs. But for some reason, over the past few months, he has developed an abiding and visceral hatred of our oldest cat, Kendall (she's about 16).  I have no idea why.  Kendall really doesn't do a whole bunch since she's so old.  She just sleeps a lot.  But if she DOES get up, Maxx chases her and kicks her ass.
I've seen him lie in wait for her to go to the litter box.  It's gotten to the point where I have to escort her twice daily to the facilities and stand guard while she does her business. 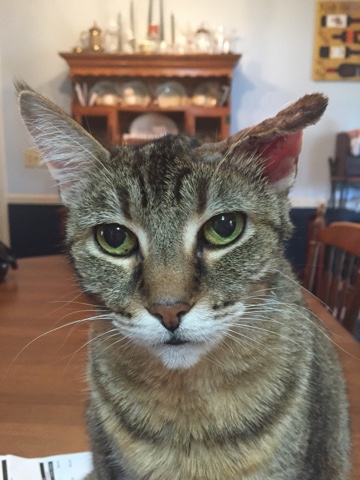 I don't know what-all transpires while we're at work, but she's taken to somehow opening the cabinet where we keep the plastic bags, crawling in there and sleeping where he can't get to her.﻿
﻿ 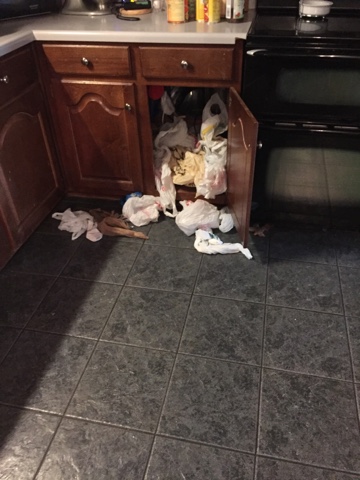 (She doesn't always make the most elegant withdrawls).

Jeff's theory over why Maxx has taken to beating up poor Kendall is because over the summer, our grand-kitten, Nala was at our house a good bit of the time while Mileena was not actively taking classes at college.  Nala pretty much ruled the roost while she was there, chewing gum and kicking butt...and she was all outta gum.  She took Maxx down several times (even though he outweighs her by 6-8 pounds).  Jeff thinks that well, as he puts it "shit rolls downhill" and so that's why he started terrorizing Kendall.

In addition to Kendall, Maxx has taken his frustrations out on the clothes hamper.  I don't make the connection, but CLEARLY, something about this wicker hamper demands swift, brutal, and immediate punishment. (Excuse the photo quality. As soon as I started trying to get a picture of my hamper, every beast in the house tried to get in the shot):

Not only has the hamper had its structural integrity so compromised that is about to implode from its own weight, but hamper giblets have been strewn liberally about the entire house. 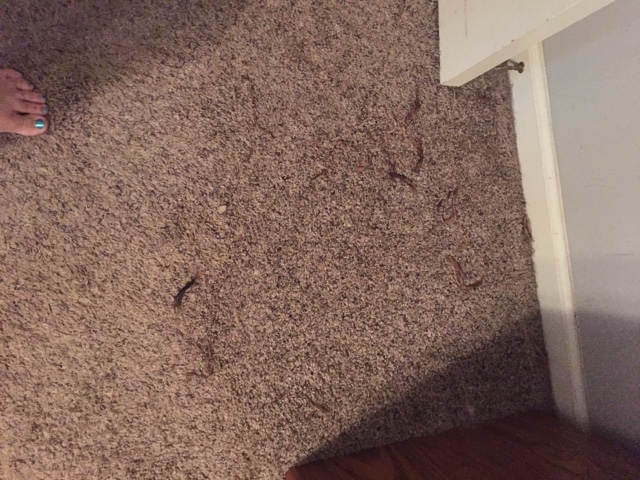 This have to be picked up by hand so they don't destroy the $600 Dyson. (And what, I ask you, is the point of having a nice vacuum cleaner that I saved up for YEARS to buy if I am having to manually pick crap out of the carpet???)

I am now in the market for a Maxx-proof hamper.

And suggestion as to how to make him be nice to his sister.

So. I had the vertical gastric sleeve thingy a year ago. Lost over 80#, which is great. Lost A LOT of my hair, which was not. My hair has been coming back in for the past couple of months. And the new hair is curly. Which is...strange.
My entire life I have had STRAIGHT hair. Like, super-duper, advanced straight.
Back in the 80's I tried a "spiral perm" that held for about 6 days before my hair fell absolutely straight again. The amount of teasing and aqua net I had to put into play back then to have nominally "big" hair was astounding.
And now I have patches of 1-2 inch long kinky-curly hair interspersed with my regular old hair that didn't fall out.
I went to see my friend and hair-wizard, Jennifer yesterday to see what we could do about this mess.
She gave me a trim (I was all for cutting it all off and letting it all grow back together, but Mileena is getting married in 10 months and it doesn't have time to get back to a decent length by then).
She also gave me some advice. "You have curly hair now. Embrace it."
So today I tried "scrunching".
And I need to know, is this a look I can pull off? 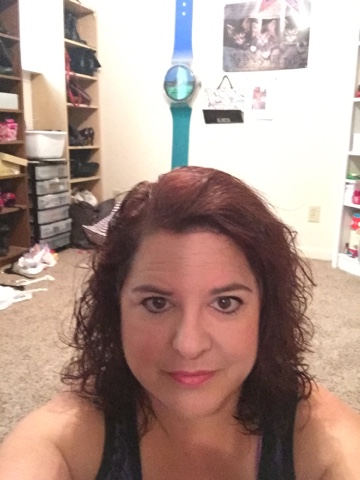