Okay, Men, here's the deal.  In a couple of hours, some of you are going to be desperate.  Yes, you both agreed that you weren't doing Valentine's gifts.  Yes, she said that she didn't want flowers. Yes, she said not to buy her candy because it would ruin her diet.  But then...she started acting funny...and in a little while, maybe during the dinner that you both agreed was all you were going to do for each other for Valentine's Day, she's going to give you a gift.  It will be thoughtful and something you really like and you will feel bad about not getting her anything.
You will plot to sneak out....to buy bread or something...or to pick up a bottle of wine and you will buy something for her and pretend you've had it al along.  But then, you go into the store...thinking you will get flowers and candy or something, and all they will have left is this: 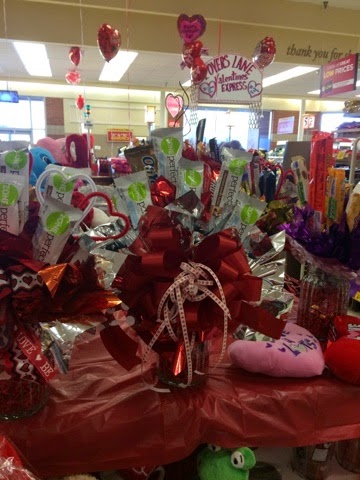 Why, look at that!  That looks Valentine-y!  Pretty bow...kind of kitschy...you know, instead of a real bouquet they've used something in lieu of flowers.  Might even look more thoughtful than FLOWERS, because it's unusual.
But look closer...﻿ 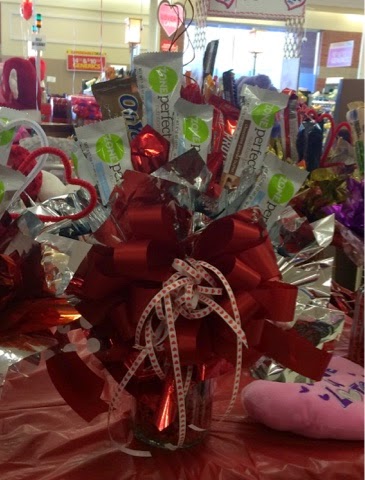 Maybe at one time, they did have "bouquets" that were made with candy bars and were cute.  But those were all sold before lunch to other men who were just a leedle bit quicker on the uptake than you.  Now this one is the only one left.  Because?  It is a bouquet of diet bars.
I don't know what sick bastard had this idea, but it is a bad one.  Do not be taken in.  Do not tell yourself, "Maybe she will think I listened to her about the "no candy" thing."
Just. Don't.
The only thing that giving your woman a bouquet of diet bars will get you is slapped up-side your head. Maybe repeatedly.
So walk away from it.  Now.
Almost ANYTHING else you can buy at Winn Dixie will be a better choice than this.  You can take her home a raw chicken and tell her that your plan is to make her a roast chicken dinner tomorrow.  You can bring home cereal and milk and tell her that you're serving her breakfast in bed in the morning.  Just do not take her home that travesty of a Valentine's "gift" they are trying to lure you into buying.
This concludes my Public Service Announcement.